Written by doubleoexplorers
03/20/2016
Actually, the most extraordinary thing about being
in a new country is experiencing how mass is celebrated. 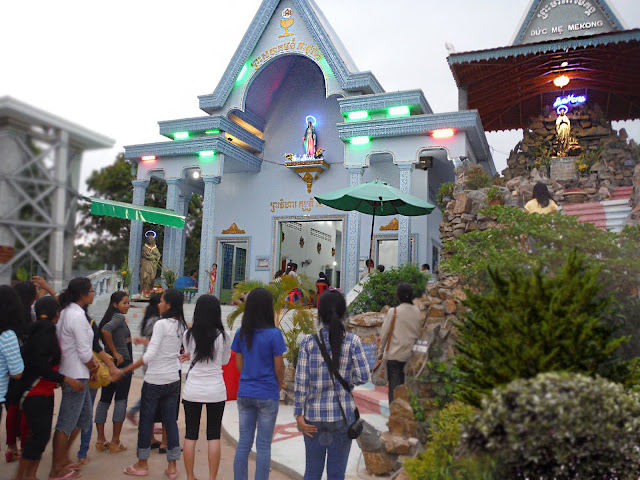 
I love how mass is something many people celebrate around the world.  We are all so different, in terms of culture, language and location, but there is still that one common thing that we share.

Although it is the same form of worship, the way it is celebrated is slightly different depending on the culture of that country.

Seeing how their culture is integrated into the Catholic faith by how their mass is celebrated makes the experience very unique.

What surprised me even more than the simplicity of the building, was that during the time to collect money where people have the option to donated money to their church, everyone around me gave something even though they really do not have much.

Although we’ve heard of Christianity in some way or form ever since we were little, this is actually someone the Mongolians were introduced to just about 20 years ago.  The cities in Mongolia didn’t start becoming a city until 20 years ago anyway and most of the people in the country still live in gers in the countryside (aka the most beautiful country that still has most of their culture preserved because tourism has not exploited the land yet).  So yes, basically missionaries didn’t start arriving until that time as well.  So it was definitely an eyeopener when I saw a good amount of people going for Sunday mass.

Haha no the pic ain’t a mistake.  Sundays at 10 am at the Canadian Embassy in Beijing!

Honestly I don’t even know what is legit and what isn’t.  Im sure you know what I mean by that…I’ve seen some pretty sketchy churches in China that are actually freaky with weird banners and stuff posted everywhere.

There some other around the city, like the one at the art gallery in Shunyi, but that’s way too far for me.  I DO love going to the embassy though..it reminds me so much of home.  They use one of their rooms for mass every Sunday.  You do need your passport to go in, and it cannot be a Chinese passport.  That’s what makes it more legit, although I’m not sure if it is 100% legit.  It’s in English and French and people are just so polite and so nice (hence THE FEEELING OF HOME!)  Today is Palm Sunday… I didn’t even know hahah until I saw the palm leaves there. Dunno how they managed to get palm leaves, but it was really cool – another thing that reminds me of home. 😀